Actually, this is a grand hotel - whatever that means. Named after its founder Adolph Wilhelm Krasnapolsky, who bought a run down Polish coffee shop and began building it into a massive hotel. By the end of the 19th century, the hotel was the only one in the city to have hot water and a telephone in every room. The Kras is now part of the NH Hoteles group.

It does do a very fine high tea - popular with day visitors and grand old ladies. 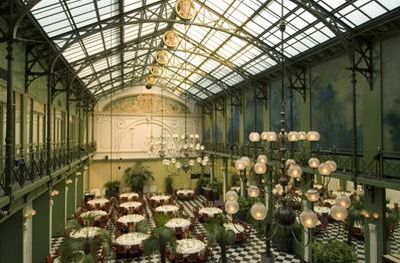