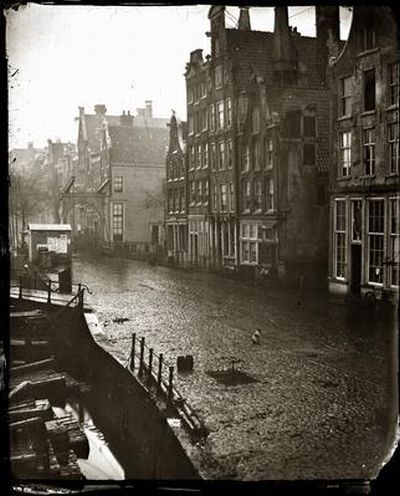 The Oude Schans, photographed by Jacob Olie in 1863

The Oude Schans is a wide canal which sweeps down from the St Antoniesluis to the Oosterdok by Central Station. The canal - originally known as the New Canal was dug in the 16th century when a new industrial area, known as the Lastage was created to the east of the old centre. It is most famous for views of the Montelbaanstoren, part of the city's then fortifications.

The area around the Oude Schans has some splendid and very expensive mansions - one of the city's best kept secrets.